A Tribute to Dr. Hahnemann & Homeopathy at the Hospital


“Whatever we are today is because of our educational Father Dr. Samuel Hahnemann Sir.

We, as a team are committed to take his message to the citizens of the world in the purest & best possible way as He was, is & will always be alive in our hearts till we live!”

Followings are the monumental tributes that are respectfully placed in the premises of the Hospital & Academy as a symbol of love & gratitude towards him. 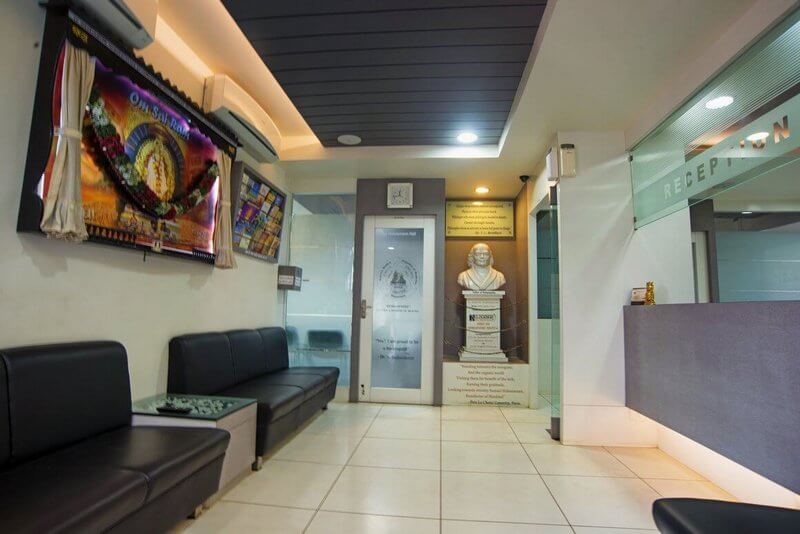 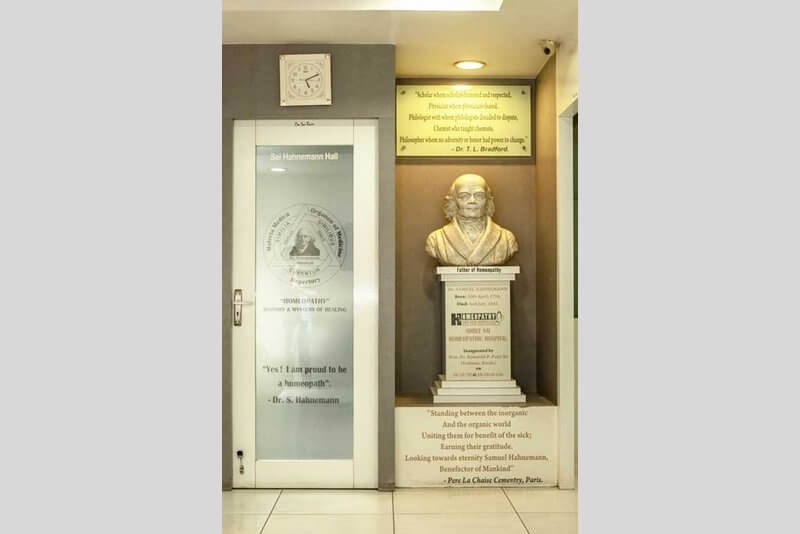 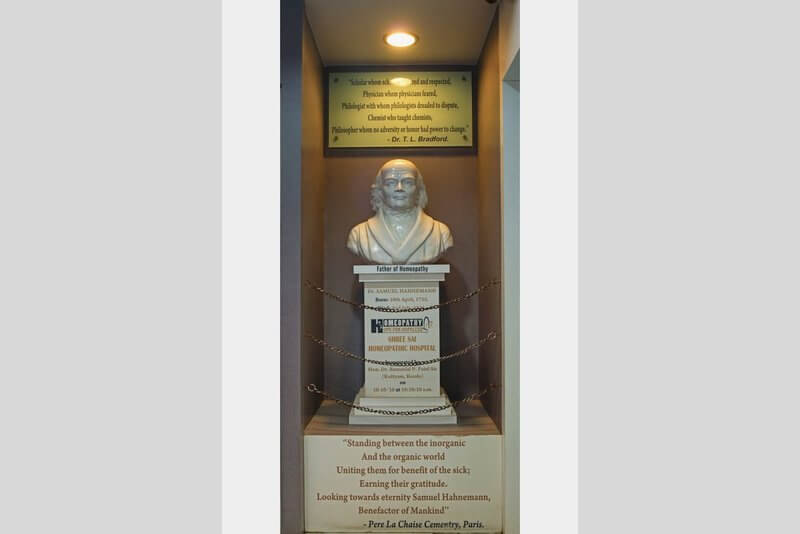 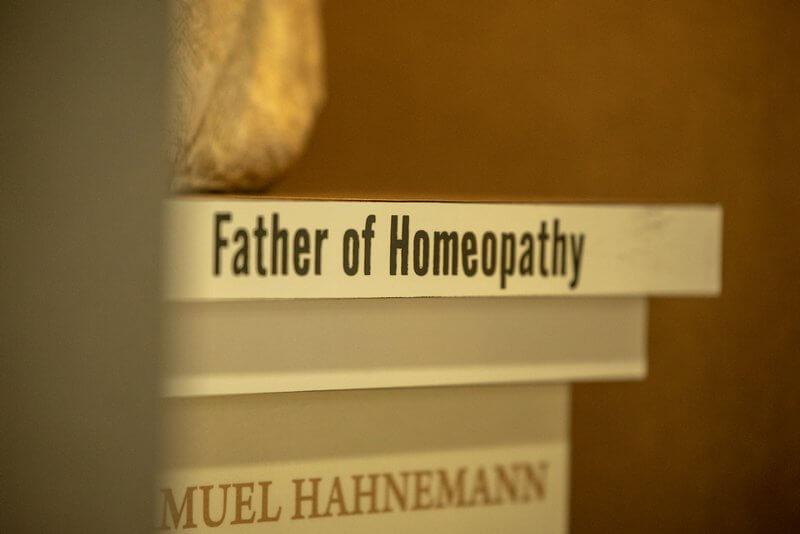 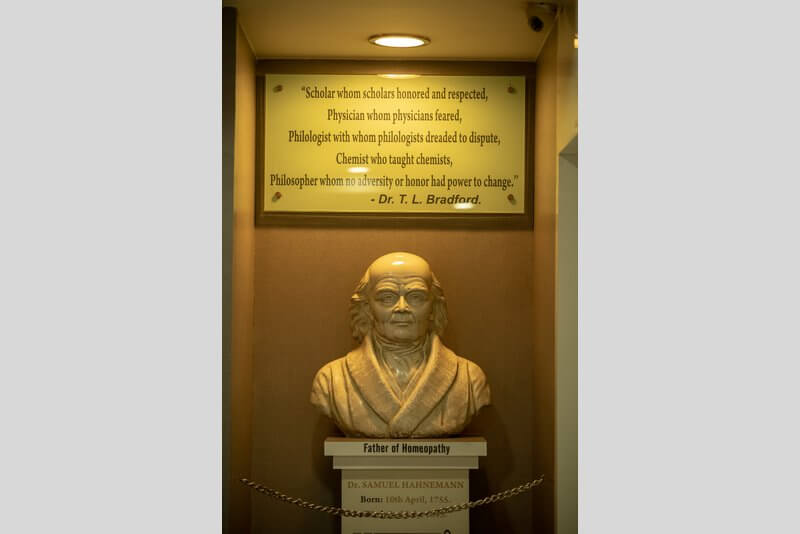 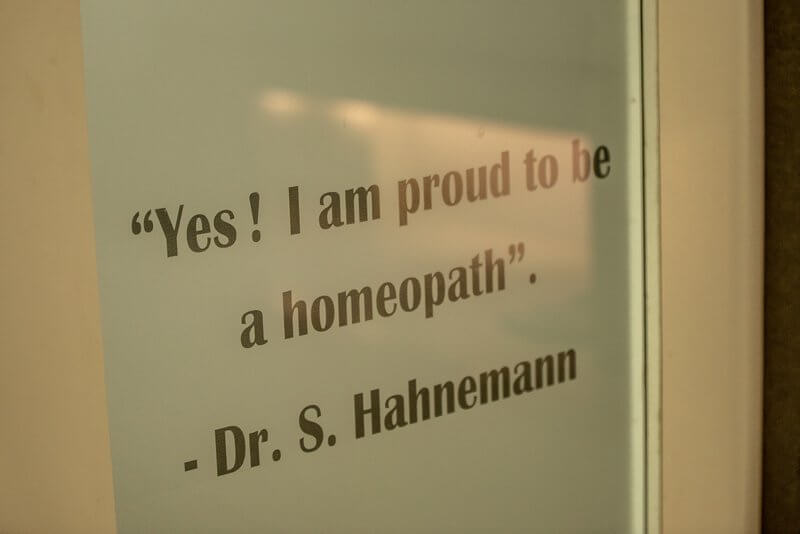 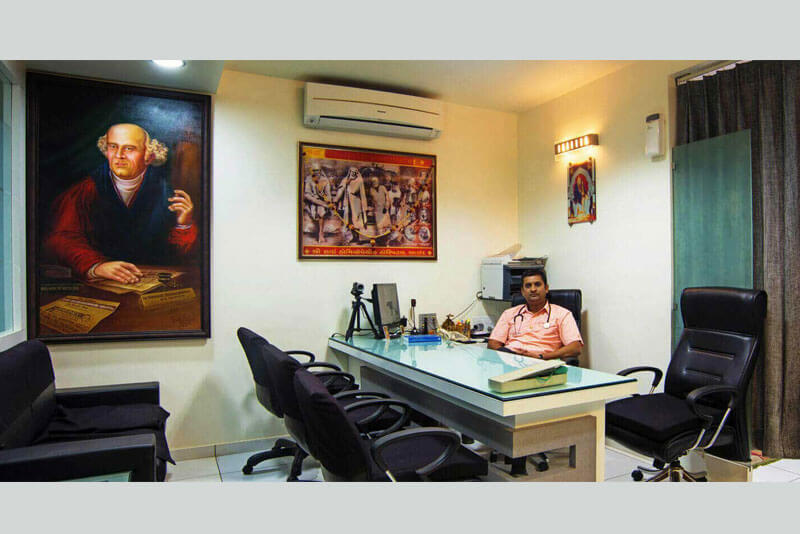 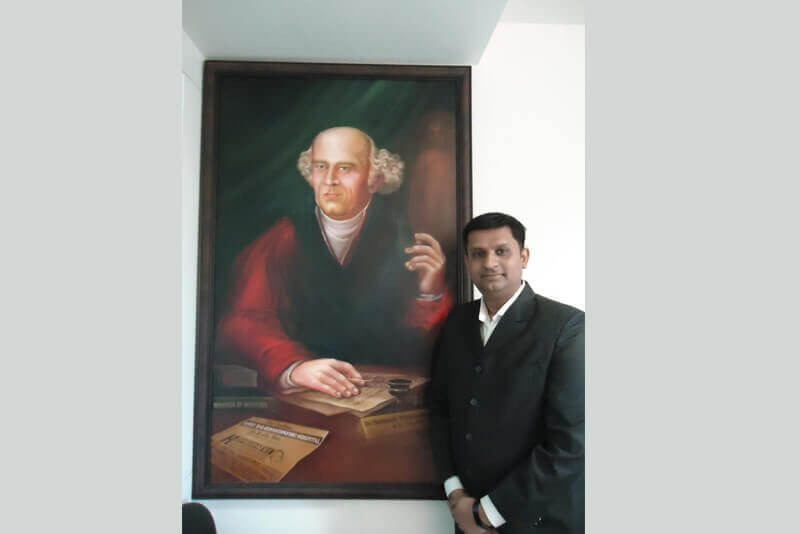 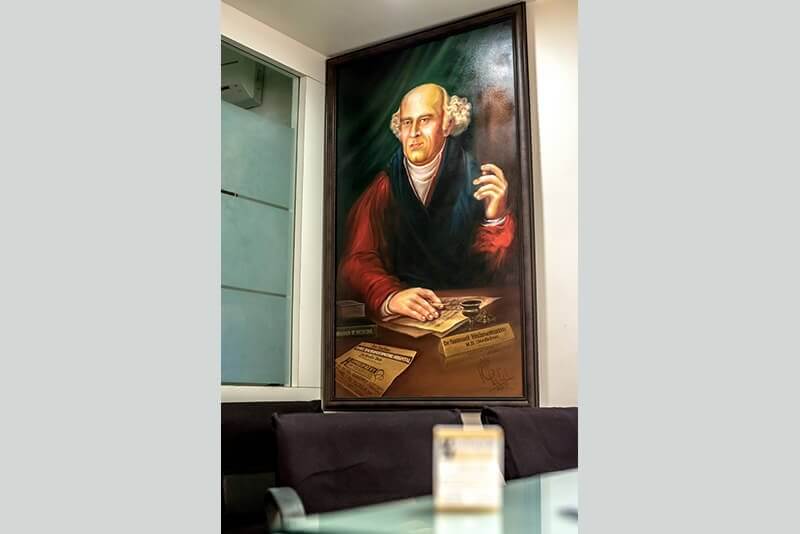 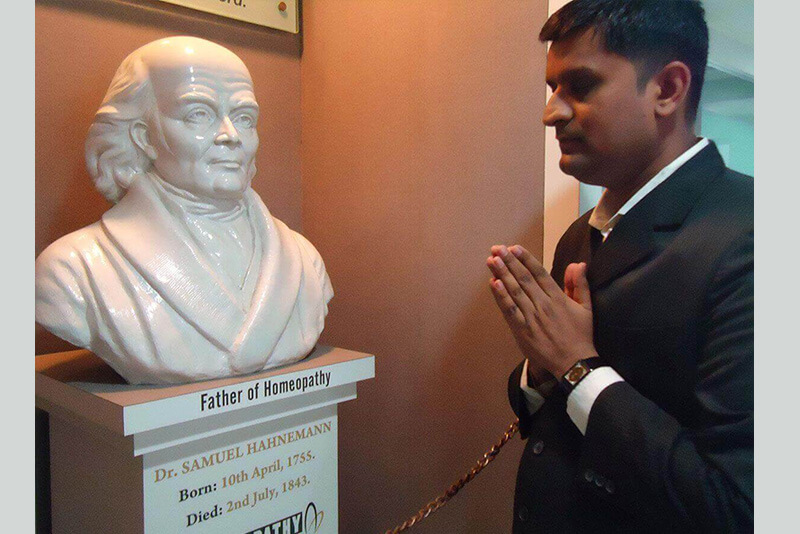 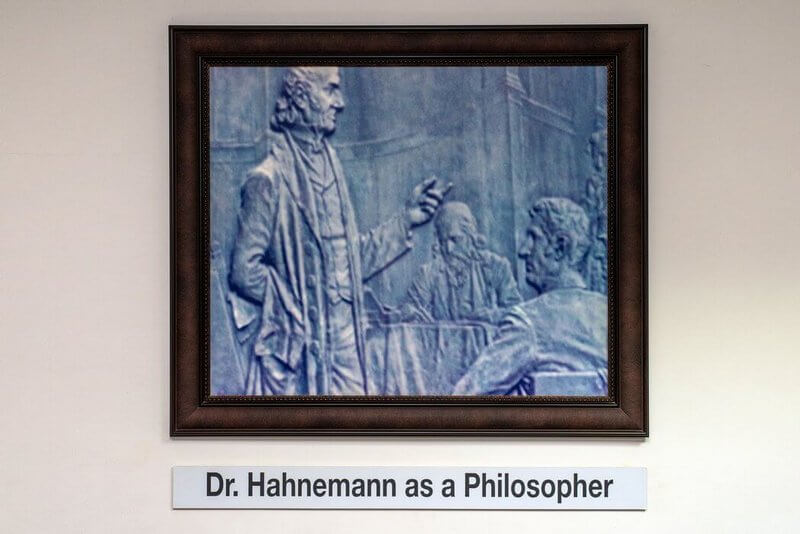 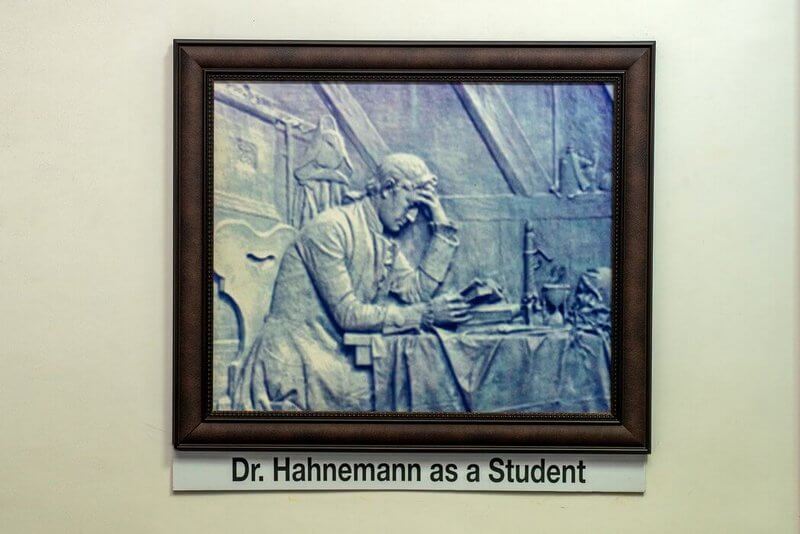 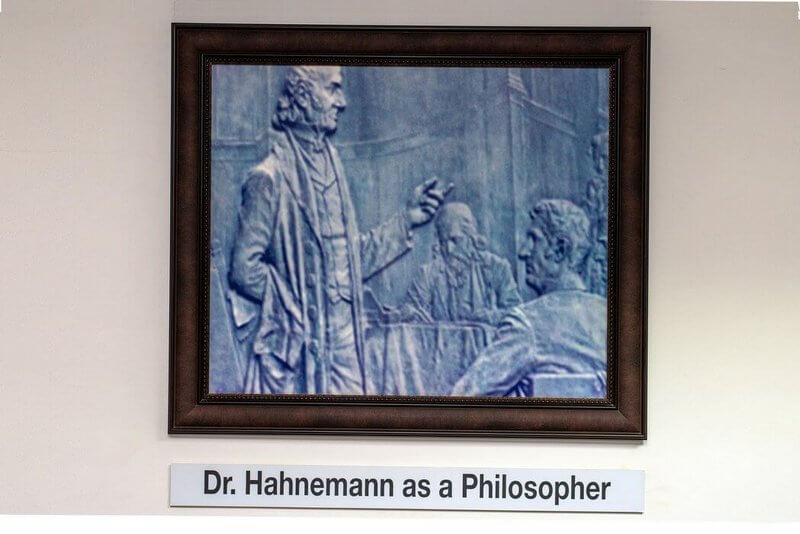 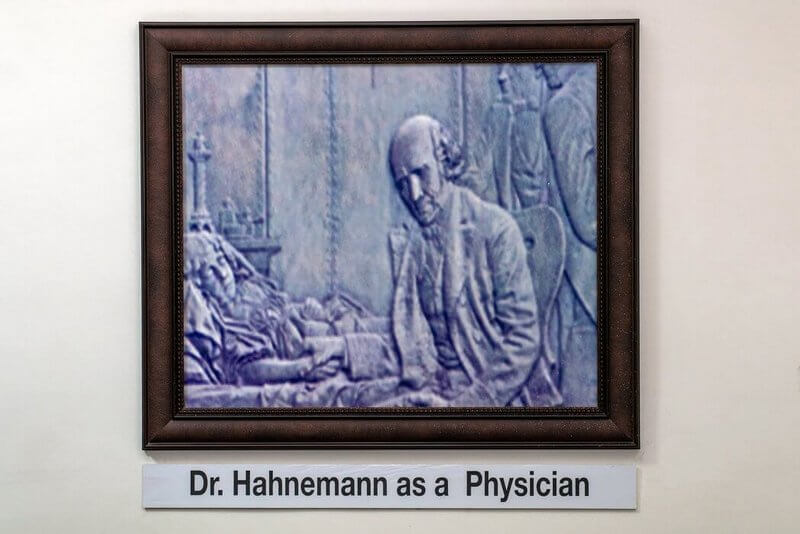 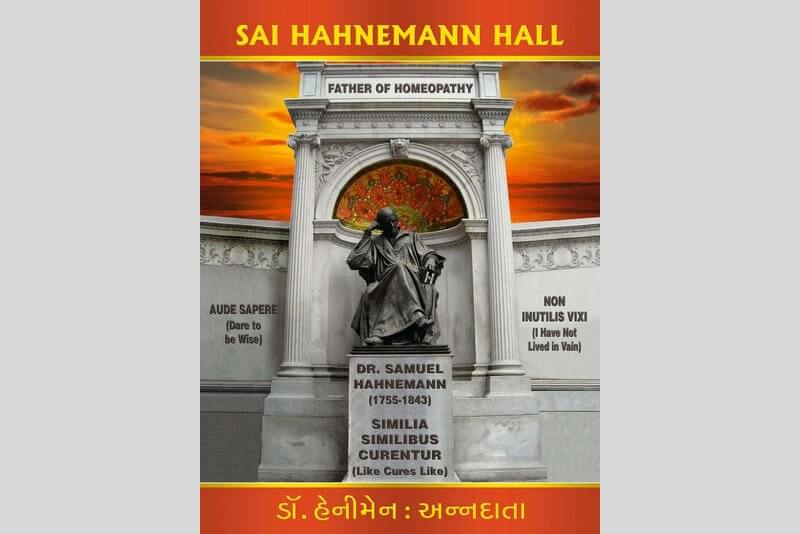 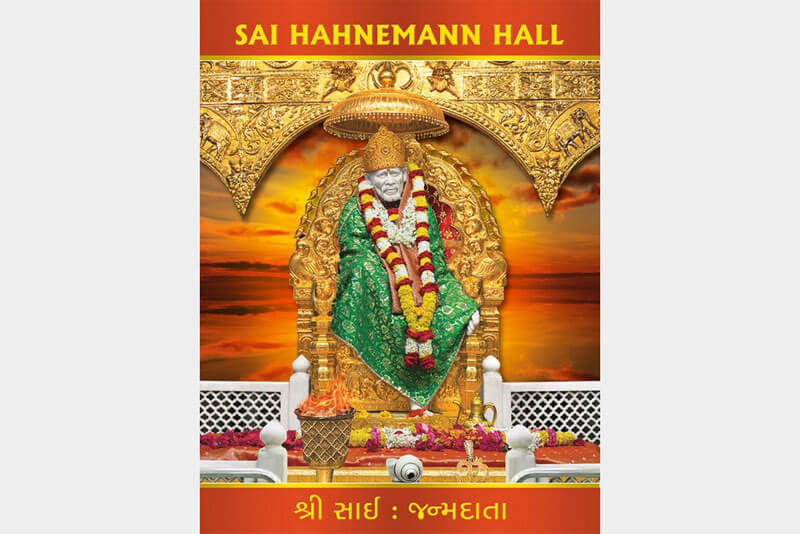 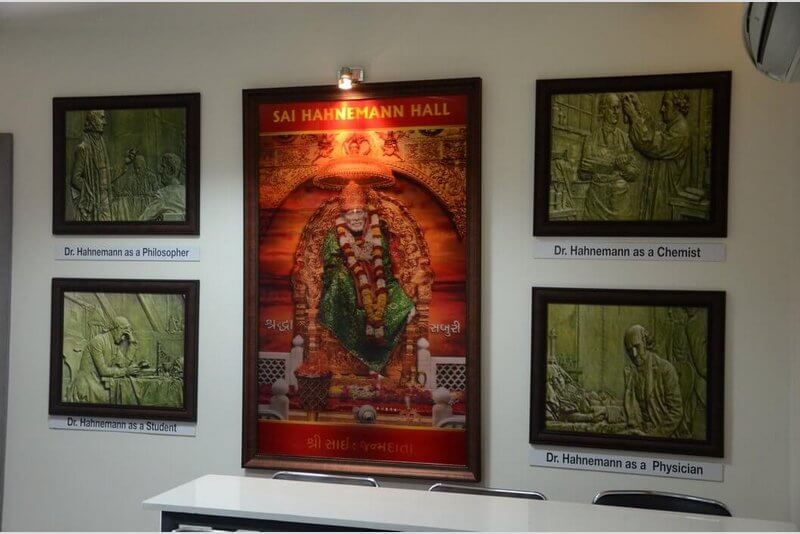 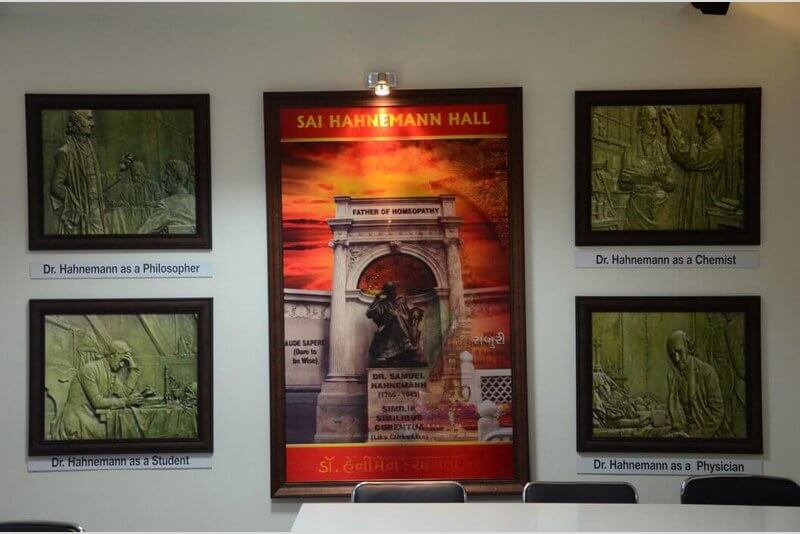 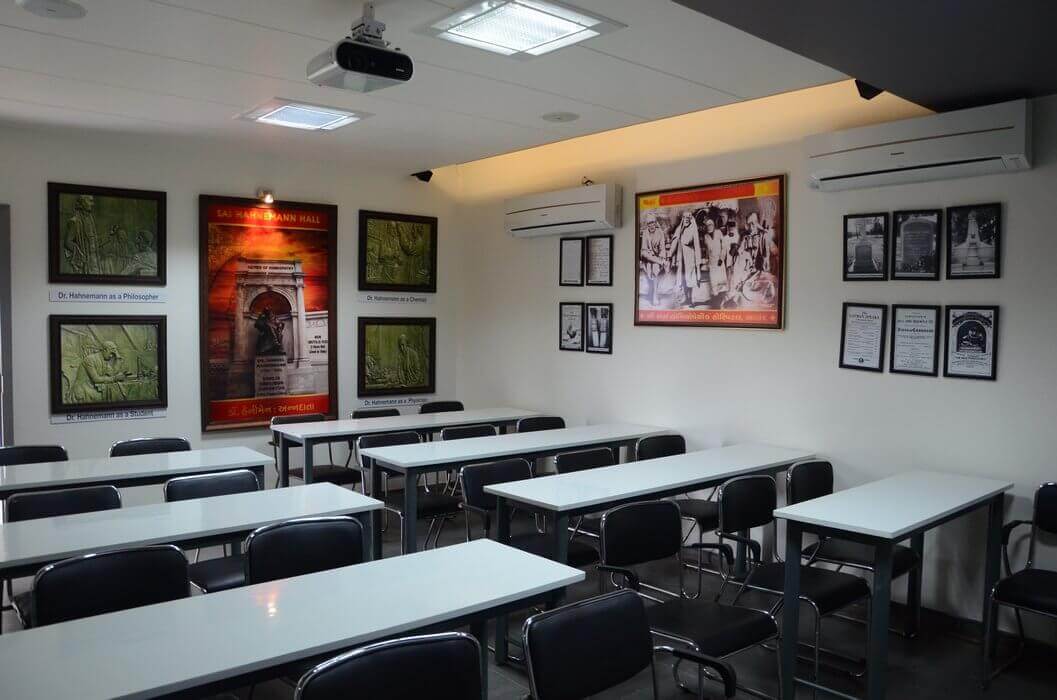 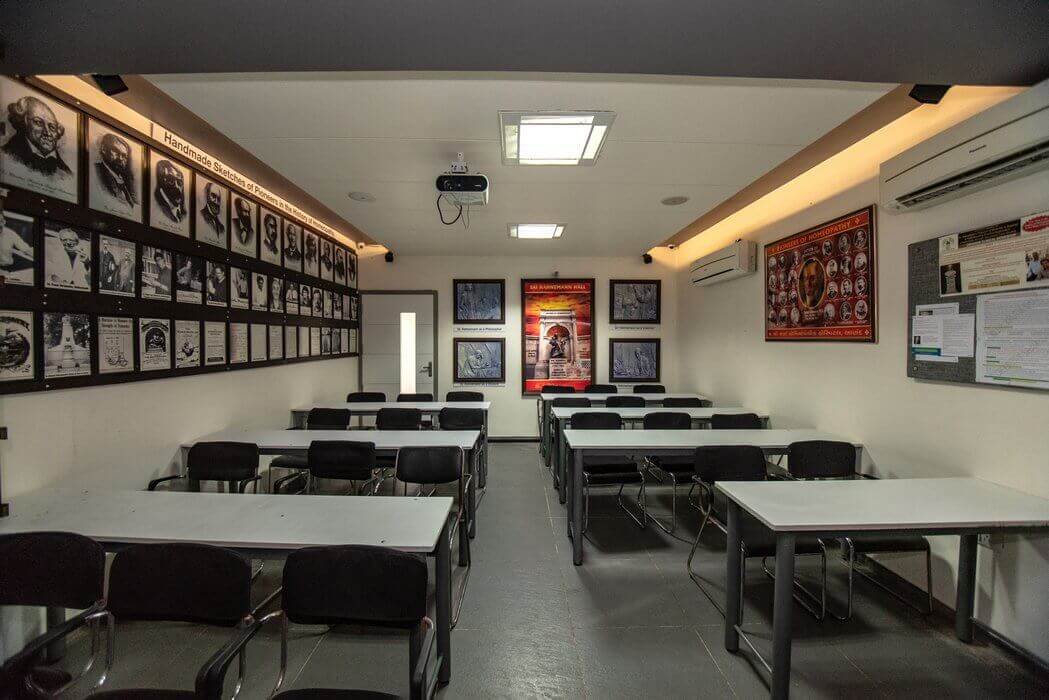 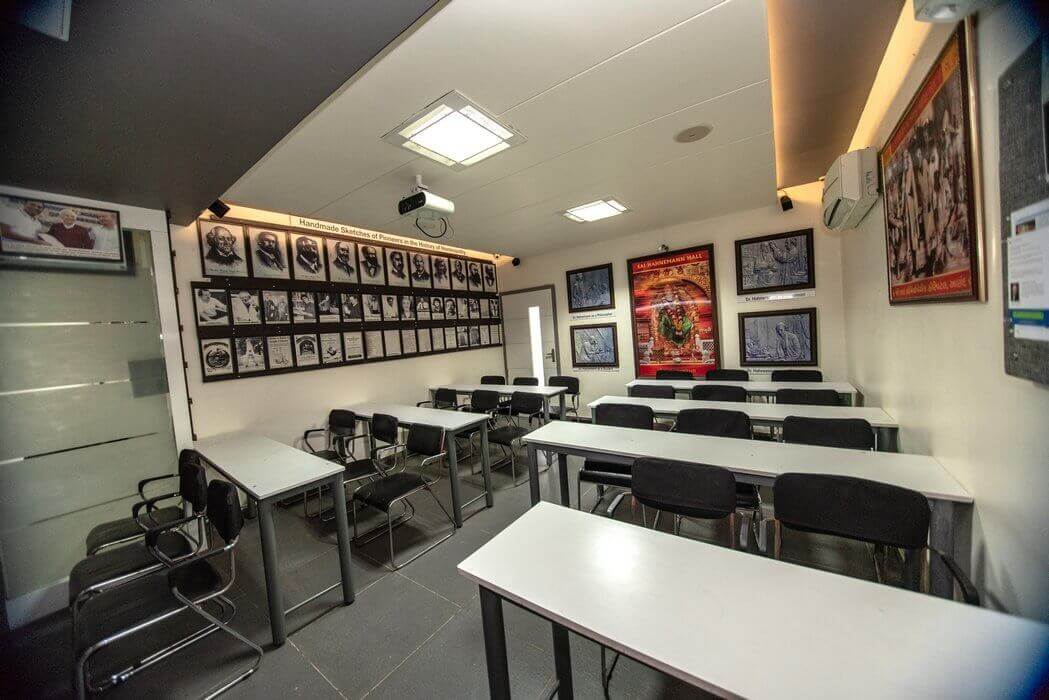 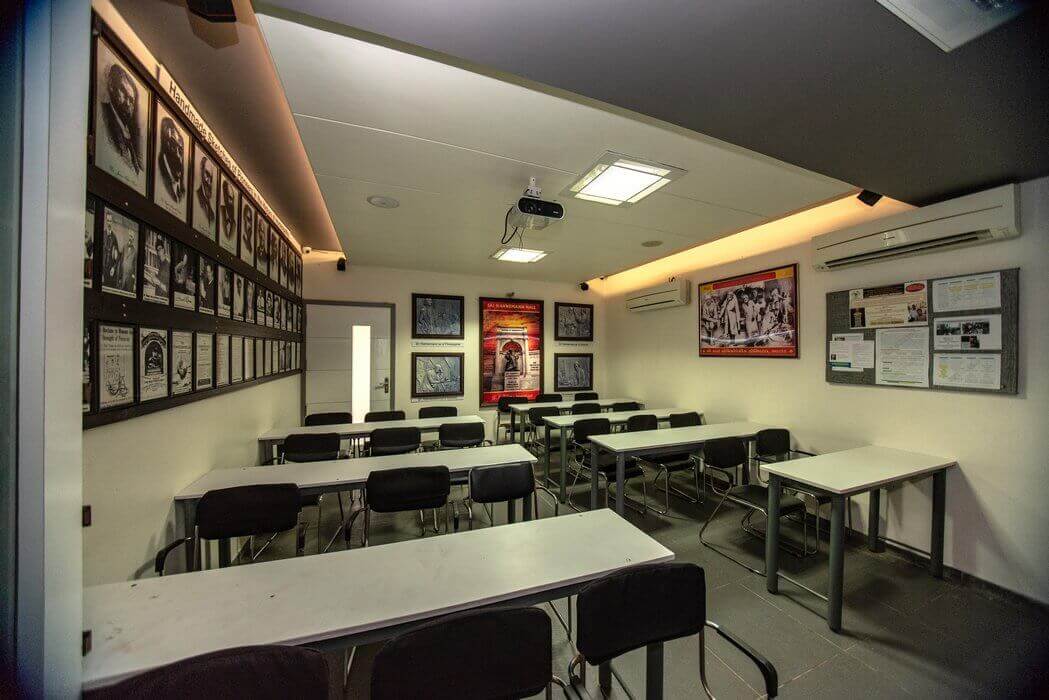 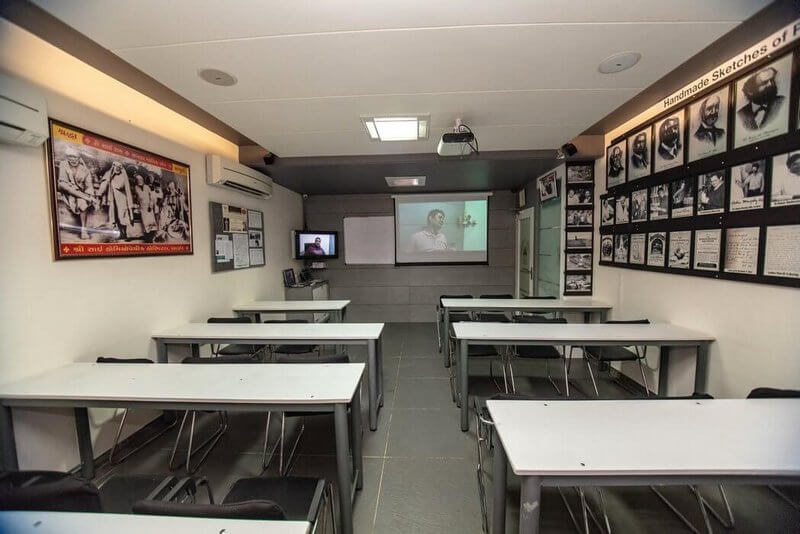 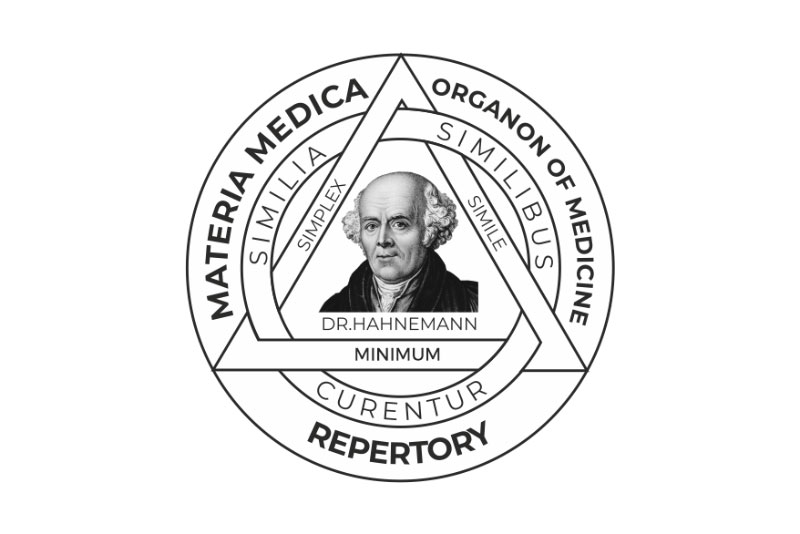 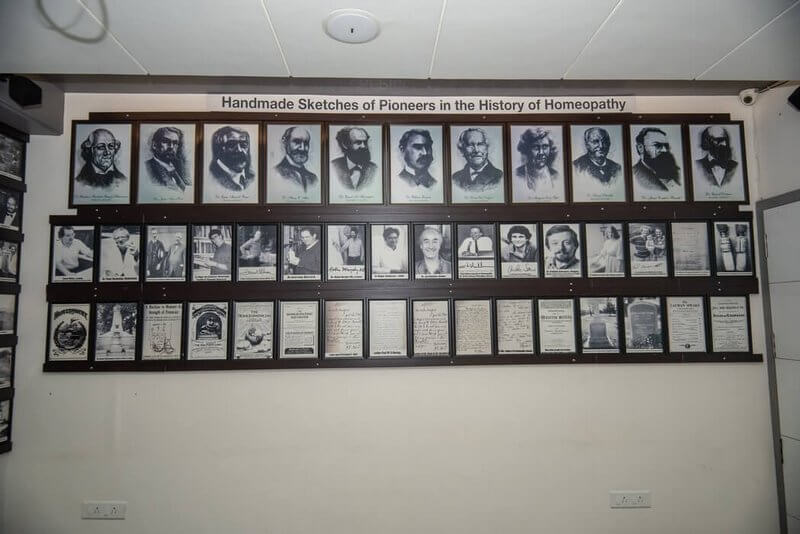 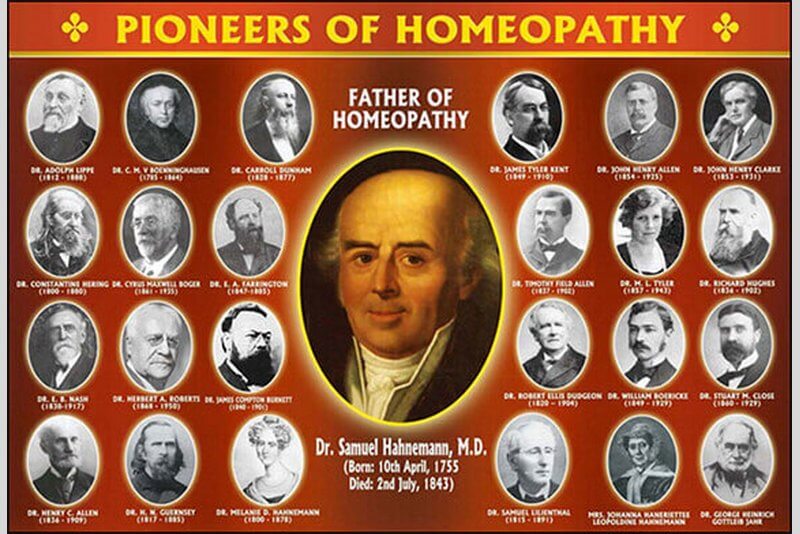 “Scholar whom scholars honored & respected,
Physician whom physicians feared,
Philologist with whom philologists dreaded to dispute,
Chemist who taught chemists,
Philosopher whom no adversity or honor had power to change”

“It is said that when great people die,
They leave their senses, knowledge & wisdom for their future generations;
Spirit of Dr. Hahnemann is always for us like a glowing musk,
as He was not on time, but before time & that still obtains!”

“Standing between the Inorganic and the Organic world;
Uniting them for the benefit of the sick;
Earning their Gratitude!
Looking towards eternity Samuel Hahnemann,
Benefactor of Mankind.”

“Homeopathy is the latest and most refined method of treating patients economically and non – violently. Government must encourage and patronize it in the county.
I belive that homeopathy will fail when the weapon of non violence fail to act in human.”

On 10th April 1755, Christian Friedrich Samuel Hahnemann was born in the city of Meissen (Saxony), 3rd child of the painter of chinaware Christian Godfred Hahnemann and his wife Johanna Christina Spiess.

Studying at university of Leipzig.

Married to Henriette Kuechler, daughter of a druggist at Dessau.

Residence at several cities, working as a doctor and translating works of medicine and chemistry by foreign authors.

Paper on “Wine Proving” (detecting as by H2S)

Paper on “Poisoning by Arsenicum”, treatment and analysis for trials.

Lectures for doctors on “venereous diseases and treatment by a new mercurial product”.

Started the Translation of Cullen’s Lectures on Materia Medica.

Lectures for doctors on “The Friends of Health”.

DISCOVERY OF HOMEOPATHY, Essay on a new principle of finding the medicinal power of drugs.

In 1796, his Essay on a New Principle consolidated the work with Cinchona, extending it into a general principle applicable for all drugs, and this laid the foundation for a complete system of medicine based on Similia, he named as “Homeopathy”.

Healing and Prevention of Scarlet Fever

Residence at Torgau.
Of his stay in Torgau, It can be said that Hahnemann had, through his detailed and exhaustive studies, at last laid out a systematic and point-by-point demolition of every element in ancient and allopathic medicine, leaving single allopathic drugs and witnessing homeopathic law of similars as the only useful remnants. From these simple crumbs combined with his experiments, he was able to build brilliant essays leading directly to the Organon of Medicine, which is his detailed exposition of the whole conceptual and practical realm of homeopathy.

Residence at Koethen by invitation of prince ferdinand of Anhalt-Koethen.
Hahnemann finally obtained in April approval from the Duke for a position in Koethen, and moved there in June 1821. [Cook, 25] This edict also allowed Hahnemann to do precisely what he had been denied in Leipzig: "to prepare his own medicines." [Haehl, vol. 1, 120] The comfort that must have brought would have seemed like a blessing from Heaven. He remained in Koethen with his wife and daughters, Charlotte and Louisa, in 'splendid isolation' for fourteen years [1821-1835]. Meanwhile, he continued to publish essays and books, updating his Organon, and Materia Medica Pura.

Death of his wife Henriette

Booklets on treatment of Asiatic Cholera

Marriage with Melanie D’ Hervilly and change of residence to Paris.
On 8th October 1834 [Cook, 164], four and a half years after the death of his first wife, Johanna, a new lady entered his life: Melanie D'Hervilly Gohier [1800-1878], a young, attractive and well-connected French artist, who paid him a surprise visit in Koethen. Over forty years younger than him, she became first his patient, then his homeopathy student and then his lover. They were married on 18th January 1835 in Koethen [Cook, 166] and moved to Paris on 7th June.

2nd July, Death of Dr. Hahnemann at Paris. Definitive tomb at Pere. Lachaise Cemetery, Paris.
Hahnemann died in Paris of bronchitis, 2 July 1843 and was buried first in Montmartre, but later reinterred in a more grandiose tomb, paid for by American subscription, in the more prestigious Cimitiêre Pere Lachaise, where many famous people are buried [e.g. Edith Piaf and Chopin].